How did art become a part of advertising? 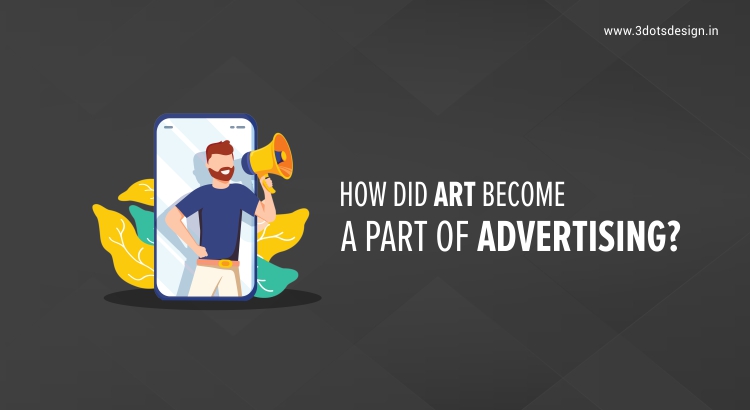 Why is it always called an ‘Art of doing something’ and not the ‘Copy of doing it’? If you are good at something, they say, you have got something down to fine art, and not, you got a copy for it. Why is that so?

If you are an avid follower of Mad Men or Thinkistaan, you would know that the creative team always has an upper hand in advertising. Though, in some episodes, the whole industry is shown in a bad light, the story of every advertising agency nonetheless, begins with a simple thought.

The History of Art

It is pretty evident by now that Homo Sapiens in the Stone Age had zero Photoshop or Corel Draw skills. All they knew was to slap on the walls with their dyed hands and the only communication skill they had was fluency in gibberish.

As discussed in one of our previous articles Greatest Minds in Advertising, we gave a brief history of advertising as to its origin and journey. The journey of advertising began in 4000 BC and Egyptians were the drivers who made sales messages out of papyrus. Chinese chose the melodious route from the 11th to 7th century BC by playing the bamboo flute to sell confectionery.

After a few decades and centuries, as the Middle Age towns and cities in Europe began to progress in their own way, the population who didn’t know to read and write, also grew exponentially. So, the businessmen, instead of just writing the name of their profession on the shop boards, started using symbols. For instance, they used a hand watch sign for a watch shop, a beer mug sign for a bar, and so on. That’s how art as a form started gaining momentum in advertising.

In a constant State-of-the-ART

If we closely look at the definition of art, it simply means the creation of beautiful things. In the advertising world, that’s what is required for every brand. While there are exceptions in some cases where creativity takes a back seat because of the objective (sales or brand awareness), in an ideal scenario the creative output is always state-of-the-art.

Precisely speaking, art is a form of expression and advertising is all about making those expressions seen, heard, known and felt. In short, all the senses come to play because of art. There’s a great expression that says – “Just as art imitates life, advertising imitates art. And in turn, some art, imitates advertising”. There’s so much to this with consumerism in the picture. Andy Warhol had a lot to express about consumerism through his art form. He was the person who bridged the gap between art & commerce and introduced the concept of Artistic Conversation.

We can go on and on speaking in length, breadth and width about how art and advertising have a symbolic and symbiotic relationship with each other in our next blog.

At 3 Dots Design Pvt. Ltd., we believe that art is something innate in every individual working here. As mentioned in the beginning, even copywriting is an art and so is marketing or researching. Every single person working here has an artful inclination towards their core profession and that’s what binds us together so intricately with perfection.