5 Digital Trends That Are Shaping 2018 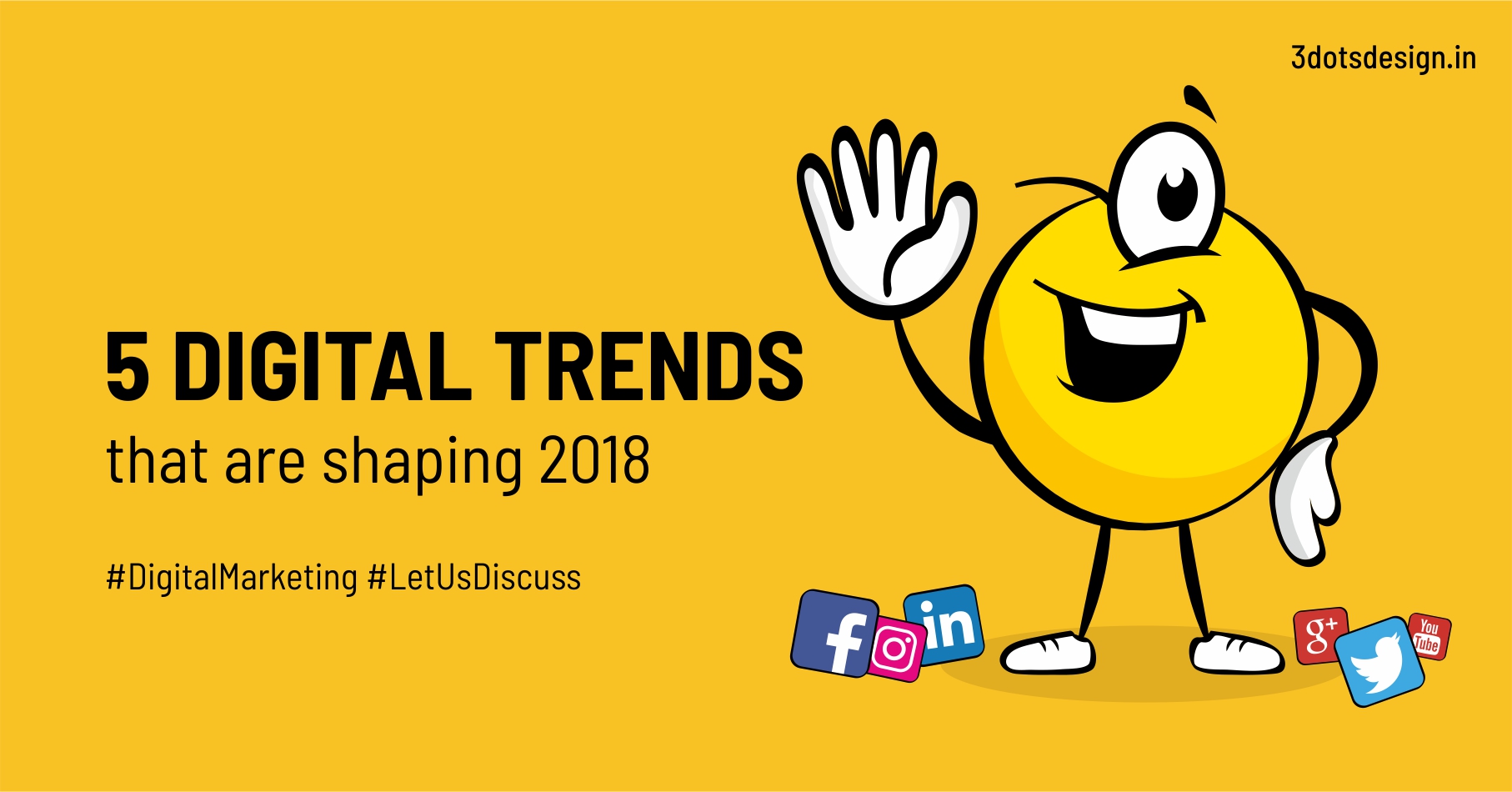 It was Just a couple of years back. I met up with a friend on a Sunday and asked him whether he had watched a certain commercial on TV. He nodded his head vigorously east-west as if to say, “I won’t be caught dead watching it!” Later, we found out that he meant that he would not be caught dead watching a TV…at least not as frequently as he gets glued to his laptop…24/7 that is! A good advertising agency is well aware of the increasing omnipotence of the digital phenomenon!

Those were the days when the world had just begun to get digital and citizens were getting metamorphosed into netizens. Well, today, the world has gone totally digital and it’s forever evolving. As people get an opportunity to get up close and personal with innumerable brands daily, making your brand catch your TG’s eye becomes exceedingly challenging. On this scenario, a digital marketing agency has to study the latest trends and plan a clever strategy accordingly.

Video is sure to grab people’s attention and deliver some good infotainment. And yes! 2D posts without a good brand strategy are like well, a hamburger without ham…or wait, closer home, a vada-pav without any potato in it! On the other hand, adding animation to a post can work like magnet on people!

With the advent of search engines, netizens are becoming more and more aware about the ‘behind the scene’ realities of almost everything. Besides, they have become sensitive about their consumer’s rights. All this only means that the more transparent the brand, the better its credibility which would get translated in its desirability!

People find down to earth looking, natural models more convincing as they are easier to relate to, than glamorous, ‘outlandish’ ones. So, keeping it simple really helps! It ups people’s comfort level and hence, they are more likely to go for the products in the commercial. For what really sells is a good idea. The rest is mere augmentation!

Brands that show some social awareness make an instant connect!

If your ad talks about issues like environment, gender equality and the likes; it automatically gets reflected on your brand. The netizens have a global dimension to their social awareness (by default) and are more open to changes and experimentation. So, ads with a subtle yet strong social message are quick to make an indelible mark on their psyche. Take for example, the way ‘Biba’ tried to evolve to a broader and more mature positioning advocating a modern woman who is all set to break dogmatic, traditional stereotypes.

The brand must tell its story in innovative ways. Such a story holds people’s interest and ultimately, creates a longer lasting impression that a mundane, run of the meal story would fail to create. So, hiring highly creative brand managers would help your brand immensely.