How social media triggered a behavioral transformation in people? 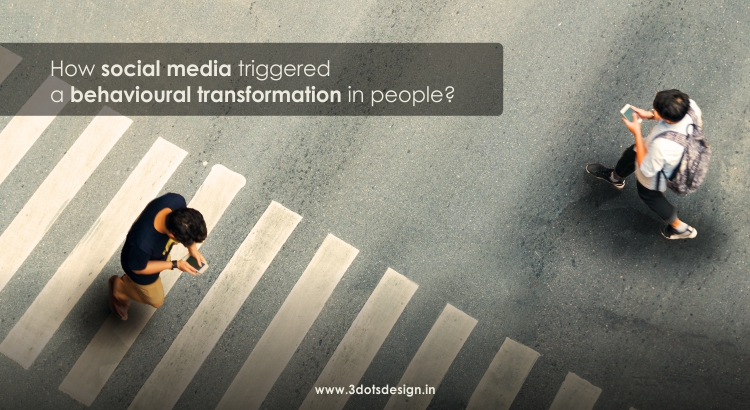 Roughly a couple of decades ago, Orkut was the only way for young adults to get rid of the mundane. They used to spend almost 50 to 60 bucks at the cyber café to just sit there and make new friends. That was a new kind of socializing that generation had witnessed. Nostalgia hit differently. The 60-characters SMS limit was no longer a hindrance. Lately, all this reached a whole new level. Today’s young adults do not even have to set their foot outside their rooms to do a lot more than just “Add Friend”.

Soon after the Orkut momentum was on a juggernaut in India, Facebook made its Mark (pun, intended) and Orkut met its Joker in the pack. Facebook was an instant success because of so many reasons. Firstly, it looked much better and organized than Orkut and added purpose to the wayward browsing and awkward conversations.

The evolution of social media was on a roller coaster subsequently. Twitter buzzed in with its yet again limited character, SMS-like format and people began to tweet about stuff that were otherwise unnecessary. Well, that was the nature of the whole social media platforms – to trigger unnecessary conversations, which later on, after a few years got transformed into tools for advertising (yes, we’re getting there).

From short tweets, status updates and comments, we began to move to larger content platforms. Blogging became a thing. Blogging became a profession. From short catchphrases, we moved to write stories for brands. It was one of many ways to connect with the customers. But, did it? You’ll know better when you read about it on a social media newsfeed! (See what we did there?)

It’s not that hard to guess that social media has in fact triggered a huge amount of behavioral changes in consumers. What newspapers did to the older generation, social media is doing to us today. It is creating a strong connect with the users, which some say, is an addiction. Call it by any name – but, social media is certainly here to stay.

Another report by Deloitte says that 29% of social media users are likely to make a purchase on the same day via social media. This indicates that the journey has certainly shortened, but has gotten more complicated.

Secondly, natural influencers (like friends and family) are the new social media snake charmers. They are the ones who make maximum impact on the buying behavior. A report by Forbes says that 81% of consumers’ buying preferences are triggered by their friends’ posts on social media.

Lastly, it comes down to professional influencers who are paid by brands to recommend their products/services to consumers. A study by Influencer Marketing Hub says that almost 50% of Twitteratis have purchased products/services because an influencer tweeted about it. Influencer Marketing is something that needs a lot of explanation to do and we would talk about it in our following article.

At 3 Dots Design Pvt. Ltd., we believe that social media triggers more than just buying behavior. It sparks conversations that were either subdued by mediocrity or lost in the mundane transit. Our entire team at 3 Dots Design hopes to keep the brands engaged and consumers glued to their smartphones so that some stories touch the hearts of the right people and some conversations spark the right kind of emotions. It is our job anyway to create continuous communication and social media fits right in.