The Origin of NFT & Its Future 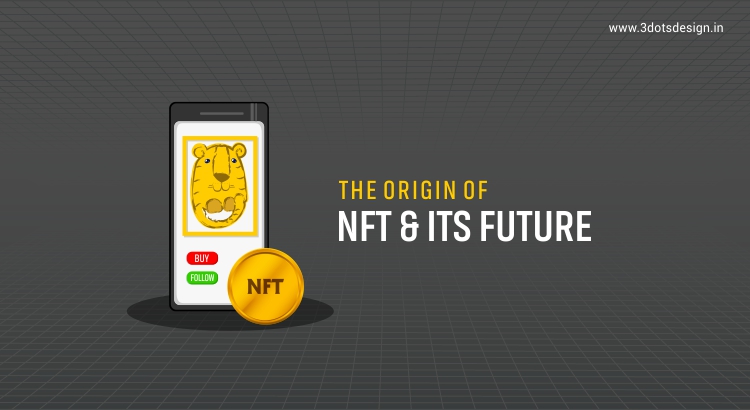 Inspired by the X-Men and Star Wars, we love to write about the sequels of prequels of Non-Fungible Token, or what we named them in our previous article as – New Found Technology.

NFT has a very vibrant past. When we say vibrant, there are colours involved. And when we say colours, it all dates back to the Colored Coins which are arguably considered the first species of NFTs to exist.

The credit for introducing Colored Coins belongs to Yoni Assia, for his blog, titled “bitcoin 2.X (aka Colored Bitcoin) — initial specs.” They came into being in 2012-13 when smaller denominations of bitcoins came together as one and completely changed the way how bitcoins worked. But, one drawback of this type of cryptocurrency was that they represented certain values that were agreed upon by everyone.

What does that mean? For instance, let’s say that 500 bitcoins, were agreed upon by 5 people that they represented 500 shares of a company. It would remain valid for as long as everyone agreed on the same. If 5 million people disagreed on this thought, the entire concept is invalidated.

This flawed cryptocurrency works best in a permissioned environment. It did lay a solid foundation for NFTs to gear up for potential challenges. It showed tremendous potential to put real-life assets onto distributed ledgers. The implementation of all this, however, required a flexible blockchain.

In 2014, the trio of Robert Dermody, Adam Krellenstein, and Evan Wagner started a party (unlike the Triads) and called it Counterparty. It was a peer-to-peer financial platform and distributed, open-source IP (Internet Protocol) built atop the bitcoin blockchain. It majorly dealt in trading card games and memes. Counterparty predominantly allowed for asset creation and distributed exchange. It also had its own token with a ticker XCP.

A year later, the actual Game began, when the game creators of Spells of Genesis pioneered issuing in-game assets onto a blockchain via Counterparty. Whoa! I wonder that’s how Ralph Broke The Internet. They started the whole ICO (Initial Coin Offering) thing – a cryptocurrency equivalent to IPOs that we have in the real world. They referred ICOs as crowdfunding. Can you believe that? Their in-game cryptocurrency had a better fancy name – BitCrystals which was launched by Spells of Genesis funded development.

A year later on, more trading cards on Counterparty… As if it was never going to stop them! They teamed up with Force of Will – a large & popular mainstream trading card game company with zero experience in blockchain or cryptocurrency.

The same year, Counterparty invited “Rare Pepes” to the party. You know? The frog that looks, kind of stoned? With its eyes wide open?

The following for these memes is immense. Speak about Meme Experts, there are professionals who analyze the rareness of the Pepe memes.

Quickly, these Rare Pepes were traded on yet another prominent platform – Ethereum from 2017. A decentralized marketplace for memes called “Peperium” was announced as a project to counter the Counterparty (pun, intended).

Ethereum soon became yet another platform for NFTs to take new avatars. This time, it took the form of Cryptopunks – the brainchild of creative mavericks John Watkinson & Matt Hall. All 10,000 Cryptopunks that they uniquely designed got traded like hot cross buns. And, who doesn’t love cats?

2017 was also the year of CryptoKitties. They were in the news that made headlines read like – Meet CryptoKitties: The $100,000 digital beanie babies epitomizing the cryptocurrency mania.

NFT soon began to gain ground and today, you can trade them on various platforms such as OpenSea and SuperRare.

The history of NFTs is still an ongoing process and many digital excavators are on the job trying to discover even more interesting facts. The future of it though is still surrounded by skeptical questions. Will this just be a fad? Will this survive in the long run? Do people all over the world believe NFTs can make an artist millionaire? Well, it all remains to be seen.

At 3 Dots Design, we believe that anything is possible. If people are so keen on buying kitties they cannot even cuddle, there’s a chance that they might buy many more things that they haven’t even imagined. And, that’s where advertising comes to the picture. That’s where the confluence of real and virtual takes place. Advertising may not be the actual reason you have come to know about NFTs today, but technology certainly is, and that’s an ever-evolving part of our personal and professional lives.