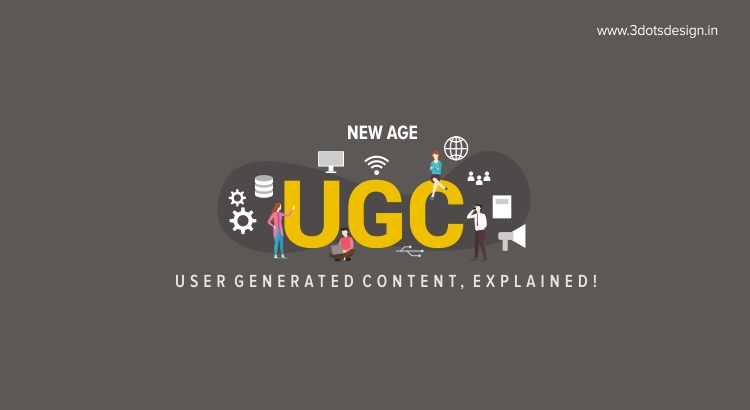 Google ‘UGC’ and it won’t give you what it actually means in the digital world. Quite ironic, isn’t it? It expands the abbreviation as University Grants Commission (which is still a relevant acronym in the Indian academic world). But, this article would be everything about UGC in the digital & social media realm, which actually means – User Generated Content!

Explaining UC to a layman, one can say that User-Generated Content (UGC) is any kind of content that comes in the form of text, videos, images, reviews, etc. As the titular phrase has it, the content is generated by people, rather than the brands. It has become a trend that brands nowadays are sharing UGC on their own social media handles, website, and other marketing platforms.

Making a celebrity say that they love a product or a service is a passe. Making a common man say it genuinely is what brands believe in these days. UGC is one of the most powerful resources for marketers to tap into the Millennial and Gen Z markets.

Give them a free pizza and they’ll tell the whole world about you. Give them a free movie ticket and they will tell hundred more friends about it and promote your brand without you investing a penny more into advertising budgets… That’s the power of youth (err, UGC)!

But, there’s a fine text that many users tend to misread. UGC simply seems to be FREE, but it carries significant expenses for content creation via filters, editors, and/or moderators.

Is it similar to Crowdsourcing?

Crowdsourcing can be called an extensive way of generating user content. Here, the brands pose a challenge to the crowd and present a reward to those who generate the best solution for the problem. On the other hand, UGC is often connected with reviews, ratings and forums, media sharing and similar opportunities for consumers to publish and share.

Madbury was one of the most popular UGC campaigns run by Cadbury to promote Indian flavours in Dairy Milk and it garnered an overwhelming response on social media. Similarly, Share A Coke was yet another campaign that tried to build a strong bond with the customers by printing the common man’s name on their bottles (which was a global campaign).

Frito-Lay’s started a “Do us a Flavour” contest and asked the crowd to think of the most innovative flavours and Lay’s would introduce them in their new range of products. Many participants came up with some of the weirdest combinations and some of them actually made it to the factory.

While featured promotions and paid sponsorships are dilating the significance of UGC, there are still some relevant advantages of choosing User Generated Content:

Influences Purchase – The users who are predominantly on social media these days, are very much influenced by the content that’s created by people they know or can relate to. When they are bombarded with relatable content, that’s what drives their purchase behavior.

Promotes Authenticity – When you see any form of content that’s created by people like us, it gives us a sense of authenticity. It’s because customers are not fools and most of them can see through the illusion of fake promises that brands keep on making. But, when a real person talks about the benefits of the brand, it reaches the mass in the most effective way.

Builds Trust – There are many Indian and global brands that have already gained the trust of millions of customers because of their product offerings and brand reach. For a brand that’s new in the market and needs to establish its foundation, trust is a crucial aspect.

Superbottoms is India’s No.1 reusable cloth diaper brand in India that has gained popularity recently because of its authentic UGC (honestly, the products are awesome too) and tremendous positive reviews by real customers.

At 3 Dots Design Pvt. Ltd., it is our responsibility to not just curate content with our own expertise, but to make customers an equal part of our campaigns. Every brand that we work on has its own set of customers. It is imperative for Pune’s one of the most creative digital agencies to make the best use of UGC for our clientele and live up to their expectations (sometimes even exceed it, as always)!