The Future is Cryptic: The Fate of Cryptocurrencies in India 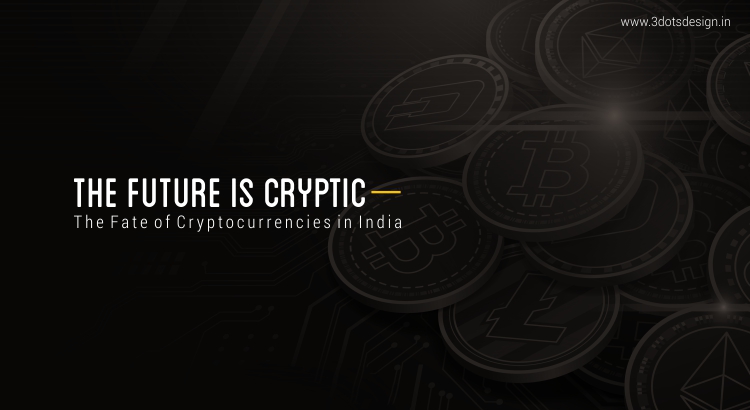 Just when you thought that India is taking one step closer towards the future in a new direction, it hit a potential roadblock. Cryptocurrencies were not even in the nascent stage in the Indian economy when the government realized that people are making way too much money through an unregulated platform. So, instead of bringing in strategies to regulate the emerging (at least in India) way to invest, the government decides to BAN it – the finishing move (sic). This article would shed some light on the rise and soon-to-fall of cryptocurrencies in our “futuristic” country.

The Rise of Cryptocurrency

According to Blockchain and Crypto Assets Council (BACC), more than 1.5 crore Indians invested billions into the emerging digital assets. The market amplified by 600% after the Supreme Court overturned the ban last year. The growing number of investors in cryptocurrency suggests one simple thing – the paradigm shift in the investment pattern and the investment platform. And cryptocurrency is one such platform that’s driven by the younger population.

The reason more and more Indians moved from the traditional investment to cryptocurrencies was due to COVID-19 that led to the global economic crisis. The market got more and more volatile and traditional assets like currencies, bonds and equities were getting depreciated. This enabled private players like Bitcoin and Ether to bask in the economic spotlight.

As per the current situation, investments in digital coins form a division of bullion market holdings but the younger population in India — between 18 to 35 years — think that cryptocurrency is a better option compared to gold. The recent data from World Gold Council show that Indian adults, below 34 years of age or less, have a lesser craving for gold. Hear it from the cryptocurrency experts – the tech-savvy younger population thinks that investing in cryptocurrency is much easier than in gold due to the tedious processes involved. How dare you? (Government yelling in Greta’s voice)!

The Fate of the Curious – Hanging in the balance!

Soon after Bitcoin’s value crossed $50,000 after three months during early 2020, many startups in India opened shops in the name of CoinDCX, WazirX, ZebPay, Unocoin, CoinSwitch Kuber opened their own brand of ‘virtual coin’ shops. Even a renowned brand like Cadbury’s played with their campaign thought of “Eat 5 Star. Do Nothing” and introduced the titular concept of “Nothingcoin Bank”. But, the fate of the advertising masterpiece also shambled through the hazy uncertainty of the cryptocurrency ban in India.

According to the legislative agenda for the recent winter session of the Parliament, a plan to introduce, evaluate and enforce a bill to “prohibit all private cryptocurrencies” in India is underway. The bill, rightly christened as Cryptocurrency & Regulation of Official Digital Currency Bill 2021, will create a “facilitative framework” for the creation of official digital currency.

Some of the Indian film industry superstars have also entered the crypto-game by promoting unicorn brands like CoinSwitch Kuber, CoinDCX. Our Prime Minister was of the opinion that cryptocurrencies can potentially “spoil our youth” and can pose some “serious concerns on the macroeconomic and financial stability”, but who’s the real White Walker in this debacle of cryptocurrency’s fate is yet to be seen.

At 3 Dots Design Pvt. Ltd., the purpose of advertising has always been to create continuous communication. Being one of the best digital advertising agencies in Pune, it is our priority to keep a track of what’s trending in the digital media and how to benefit from every digital asset. Cryptocurrency may or may not be spoiling the youth, but the scope of advertising in this category is tremendous and we’ll keep our thinking caps on unless until they turn into NFT (as covered in our earlier articles) and people start buying them.