What’s the Buzz? All about Buzz Marketing! 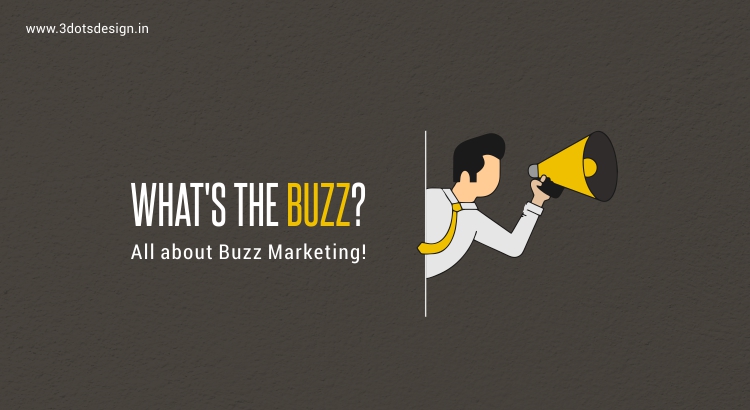 The advertising fraternity has been bombarded with briefs (sometimes merely on SMS texts or WhatsApp messages) about creating a ‘buzz’ about their products or services through “teaser” campaigns. In the marketing world, there’s a name for this kind of activity – Buzz Marketing or what they call ‘Viral Marketing’. How did it start? Why do people still use it and does it even have a future? The article will address these questions, without beating around the bush.

The most iconic global teaser communications are always done by the film industry where they promote an upcoming movie via teaser trailers. And that’s how the whole story of buzz marketing began, so to say. A week before the movie was released, a poster would be put across the streets about the film along with the theatre where it would be played.

Today, with the help of technology, the kind of innovation that happens in creating teaser communications is immense. Some production homes go over the top and create teasers that are just perfect enough for the audience to attract to the movie theatres. One such huge innovation (call it a risk) is taken by an artist at heart, renowned American actor, fashion designer, director and producer – John Malkovich. He’s made a movie that this generation would never be able to watch. The film is slated for 2115 release and the first teaser for the film was launched 100 years before the release date. Guess the movie name? Duh! 100 Years! In a world where teaser communication is expected to be published yesterday, John Makovich stated that he was inspired by Louis XIII Cognac which takes exactly 100 years to make one bottle.

In a way, this defies the whole purpose of a teaser. It’s not like the teaser is aimed at one generation, revealer for another and follow-up for yet another generation. The entire set of communication should be aimed at one single audience and that’s how we would be able to measure its effectiveness (if we’re alive). This brings us to the next logical question. What’s the purpose of a teaser communication or ‘Buzz Marketing’ anyway?

What’s in a Brief?

In simple words, it depends on the communication objective. Whether the idea is to merely create a buzz about the brand, product or service or to instigate the sales process, the brief should ideally define the purpose.

If you look at some of the most famous buzz marketing examples, ALS Ice Bucket Challenge tops the list. The objective, in this case, was clear – to create awareness about the Amyotrophic Lateral Sclerosis (ALS) disease. Some of the most renowned CEOs of the world took up the challenge, which was later mimicked by Indian celebs as well. Another big example of buzz marketing that goes without saying, quite literally, is the “Shot on iPhone” campaign. These were the only three words that worked well for the brand and it needed nothing more or nothing less. This campaign thought was later replicated by OnePlus as a watermark on their pictures, which is now a global phenomenon too.

Talking in the Indian context, and more specifically, in the real estate context, this is where one can say that, even a thesaurus feels exhausted. It all began with the trend of using codenames instead of the actual name of the project. Even before real estate latched onto this concept, it was used by the military (for espionage and counter-espionage) and tech companies (as working titles). But, when VTP used it for Codename PEGASUS, they shifted the entire perspective on Buzz Marketing.

Social Media is the predominant factor in buzz marketing and influencers around the world use this tool to promote the brand. Be it for giving rave reviews about a particular product or service, sharing your experience about the holiday resort you’d recently been to, or talking about the food you loved at your favourite hangout place, buzz marketing goes places to make “Influencer Marketing” evolve.

At 3 Dots Design Pvt. Ltd., our job revolves around creating the buzz for our brands in every possible manner. Be it for pre-launch, launch or post-launch, being one of the best advertising agencies in Pune, we ensure that the brand reaches the right audience and makes the right kind of impact using the right marketing tools and techniques. Yes! That’s about it.