The ripple effects of the war on brands! 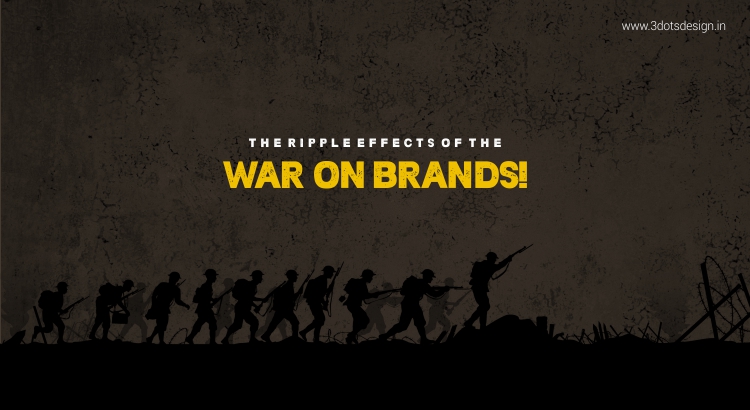 The war between Russia and Ukraine has taken an ugly turn and the whole world is but pondering upon one question – What next? No, there’s nothing about this incidence to celebrate or market about. In fact, the trade relations between Russia and the rest of the world have been terribly hit and it’s alarming. This article would briefly talk about the whole episode (rather a saga) of how the war broke out and how has it impacted businesses worldwide.

Flashback: 1991 – the Soviet Union collapsed. Russia and Ukraine became independent countries. Two decades, two years later, these two countries were again caught in the crosshairs of controversy when the erstwhile president Viktor Yanukovych, wanted Ukraine to be loyal to Russia. He declined to sign a trade agreement that brought Ukraine into the good books of Europe via the EU. Ukrainians didn’t quite like his stance and dethroned Yanukovych. They elected a government that wanted Europe to progress rather than Russia.

A year later, in 2014, Russia claimed a southern region in Ukraine – Crimea. It also sent soldiers and weapons to Eastern Ukraine to help those who wanted to be a part of Russia. A rebellion in the east emerged backing separatists who fought the Ukrainian forces. The war lasted eight long years and killed nearly 14,000 people.

Ukraine made it crystal clear that it didn’t want to be a part of Russia, instead, it wanted to be in the EU.

Now, this triggered Putin. Putin considered Russia to be Ukraine’s big brother and insisted to get in charge. He decided to invade the entire country. On 24th February, President Putin, in a pre-dawn TV address, declared that Russia couldn’t feel “safe, developed & exist” anymore because of what he claimed to be, a constant threat from Modern Ukraine.

The war is ongoing and there have been quite a number of ripple effects on the world in terms of international trade, economy and all that stuff which we will be talking about in parts because war never ends in one go. Like movies, they have sequels too and like products, they have their variants too.

Industries that are taking the blow

Almost 30% of the global grain supply is formed by Russia and Ukraine combined. With many industries still caught in the headwinds of the pandemic, the war brings some of the below industries to the brink of extinction.

Automobiles: Since the pandemic outbreak, the automobile industry is struggling hard to get back in the driver’s seat and drive the sales. With the war, the increased fuel price will add more fuel to the fire, quite literally. Prices of other base metals that go in the manufacturing of the automobiles such as aluminum, nickel have also seen a sharp rise.

Edible Oils: Being one of the leading exporters of edible oils, especially sunflower oil. India imports roughly 18.93 lakh tonnes of sunflower oil, out of which 13.97 lakh comes from Ukraine and the additional 2.22 lakh tonnes come from Russia. With the current war, the supply of sunflower oil is set to skyrocket rapidly.

Agriculture: Farmers are again biting the bullets and are standing in the line of fire with the war hitting the agriculture industry as well. While the prices of fertilizers are shooting up, many agricultural products which rely on crude oil and natural gases will take a blow.

We will be covering a lot more stories on how the brands are also affected because of the war in the subsequent blog. Keep reading and stay informed.