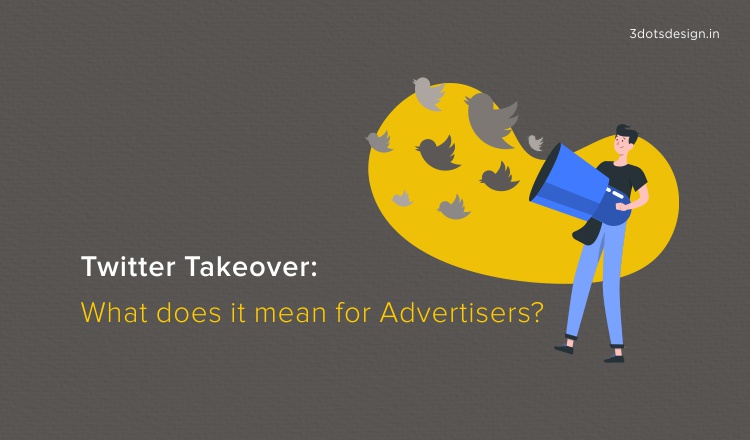 Looks like Elon Musk finally got what he wanted, which he usually does! The Twitter takeover was rather a dramatic one! Many are still wondering if this move is an ostentatious display of wealth or a well-planned, well-thought strategic decision. The ideologies that Elon Musk has, with which he has taken this decision, seem to be clearly controversial because keeping a social media platform unbiased, free from the extreme right and the extreme left political opinions, is quite a bold move. What does this move really mean for the businesses around the world who are operating with propaganda in their backdrop? What does it mean to brands who are just there to engage with the customers? What does it mean to the business people who just want to establish their social presence and make themselves visible? This article would do its best to answer all these questions.

Just a few days after the takeover, Twitter released a clarification for these questions stating that the platform won’t be putting brands in a bad light. Elon Musk’s stance is a “Free Speech Absolutist” and other statements (rather threats) to rejig the platform didn’t quite go well with the netizens. They immediately began to question his decisions and the panic button was banged really hard!

Twitter, led by the Indian CEO, Parag Agarwal, had concerns related to the ‘free speech’ agenda that it would harm the $4.5 billion advertising business annually. These concerns were addressed by an email by Financial Times wherein it stated that Twitter had already reached out to the advertising agencies to dispel such worries and their ads won’t be appearing alongside any offensive content.

Despite the $44 billion takeover, the CEO ensured that Twitter will change for the better and with all the nightmares that the advertisers are having with regard to ‘free speech’, their prospects won’t be hampered and there will be stringent moderation policies put in place. Along with the moderation policies being tweaked, there are other alarming concerns that the advertisers have regarding reinstating banned users, bringing back extremists, terrorists, promoting hate speeches, and abusive content, would really take the world by storm.

During the buyout, when Elon Musk made his stakes public, he tweeted if they needed an “Edit” button. The CEO was quick to urge everyone to “vote carefully” because there would be consequences that we may or may not like because Musk said that he would prioritize free speech, open-source its algorithms, eliminate spam and add a few features. What effect would this have on the operational front is yet to be seen?

According to some financial experts, the financing of the bank alone will leave Twitter highly leveraged on the completion of the deal. Twitter’s gross indebtedness is predicted to be nine times its underlying EBITDA for 2021. That is very high and definitely not a prosperous amount of leverage. Regardless of these numbers, Musk has floated ideas like charging a “slight” fee for commercial and government users, although it will stay free for casual users. So, advertisers need to shell out those “extra” bucks to promote the brands on Twitter and eventually, it would see a downfall in the number of advertisers who are running ads for peanuts (as in, meager amount). The financial experts are of the opinion that post-deal, most of Twitter’s cash flow will be used for service debt and not for investment in innovation and growth, which Twitter, being a technological company, has to.

All these are still speculations, but the real deal begins later. At 3 Dots Design Pvt. Ltd., it is our prerogative to tell stories that are up-to-date and inform our people of the latest developments related to our field of work. Be it in print, digital or outdoor, being one of the best ad agencies in Pune, we are bound to upgrade our general knowledge in a way that upgrades our skills and helps us perform better than before. If you think your business needs an upgrade too, you can get in touch with us at contact@3dotsdesign.in or visit our website www.3dotsdesign.in