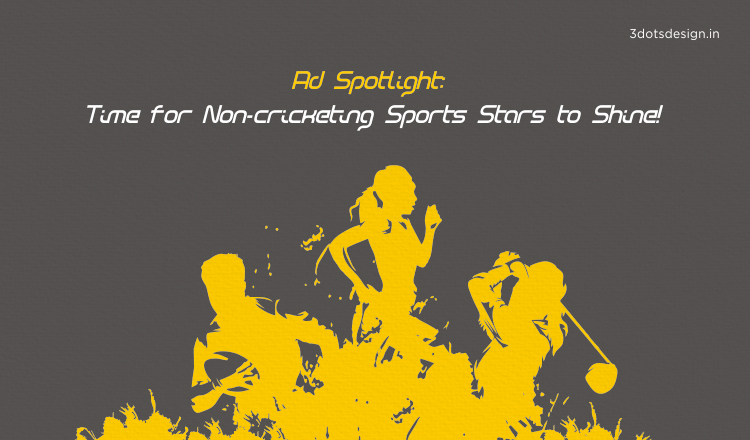 Now that CRED is on a crusade to promote fresh talent (along with the nostalgic evergreen ones), it seems like advertising has slowly started to evolve. Enough glorifying the cricketers who are or aren’t legends. Today, the nation is witnessing an upsurge in non-cricketing stars, basking in the spotlight, or shall we say, ‘sport’light? For starters, it all began with the movie – Jo Jeeta Wohi Sikandar (as far as we know), which wasn’t cricket, but a complete sports drama movie that promoted the spirit of sportsmanship. This article would emphasize how the paradigm shift in the perception of a sports star has happened and what has caused this metamorphosis!

The Year of the Olympians

Olympics 2021 saw India at its prime stage where PV Sindhu and Neeraj Chopra bagged the coveted medals for the country, along with C Mirabai. Apart from the prominent game of cricket that overrules every other sport in terms of TRP, it was the year when Olympics took the lead. These athletes got maximum endorsement calls from the brands.

With an unbelievable rise in endorsements by 79%, which accounts for 13% of overall brand endorsements, the brand value of these non-cricketing athletes is now taking the aerial route. According to a recent study, 94% of sports ad expenditure belonged to cricket. In 2019, the cricket ad expenditure clocked at INR 6018 crore.

In the year 2021, a total of 444 brands were endorsed, out of which cricketers bagged 318 and the rest were earned by non-cricketing athletes such as Neeraj Chopra and PV Sindhu who have endorsed brands like Byju’s, Gatorade, Nike, Yonex, Visa, Bank of Baroda, and more.

OTT has been a blessing in disguise not only to artists but also to sportsmen across all sporting categories. Sporting events like PRO-Badminton, PRO-Kabaddi, Hockey Super League and Indian Super League for football are grabbing more eyeballs than ever. With the badminton team winning the coveted Thomas Cup recently, the sporting fraternity has come together to laud this feat.

India won the Thomas Cup for the first time in the tournament’s history defeating the 14-time champion, Indonesia. Audiences that celebrate the ICC World Cup win by India, are now celebrating the Thomas Cup victory with the same level of passion and fervour. Such an achievement will never go unnoticed in the advertising industry. Brands will make sure that the players will get their deserving opportunity to elevate their equity along with that of their brand.

Experts in the advertising industry believe that when such sports stars are given due recognition, they get more visibility which would lead to an increase in their market capitalization. Cricket is a sport that’s not played in every country, whereas these sports that are played in the Olympics, are played in the smallest of the nations. It is imperative for brands to break free from the clutter of cricketing stars endorsing the brand. When sportspeople from other disciplines get to shine, their sport is widely accepted by the nation and the citizens. Not many youngsters wanted to throw javelins before, but Neeraj Chopra inspired them. It’s indeed a learning curve for us all. In toto, visibility is the function of the sport. If people cannot watch it, they do not play it.

Being one of the best ad agencies in Pune, we, at 3 Dots Design Pvt. Ltd., believe that the brand value of a product or a service is enhanced primarily by the kind of attributes it possesses. When a celebrity is associated with the brand, it is imperative that they too resonate with the same values as that of the brand; only then the communication stands effective. With a team of expert brand managers, creative artists, content writers, strategists and digital pathbreakers, we too enjoy every ad sport that tests our creative abilities. If you wish to know more about who we are or what we do, please visit www.3dotsdesign.in or get in touch with us at contact@3dotsdesign.in